Building Links Between Refugees and the Community Essay

The City of Greater Dandenong is a local government area in Victoria, it is located in the south-eastern suburbs of Melbourne. The city has an area of just about 129.42 square kilometres and a population of approximately 146,000 residents from over 150 nations by 2014. 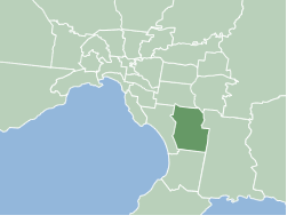 The city of Greater Dandenong is one of the most diverse communities in Victoria. The city has a long history of welcoming new and emerging communities, including migrants arriving through humanitarian programs. More than half of these residents were born overseas with 55% from non-English speaking countries. Many of those who have migrated to the area have origins in parts of the world with recent histories of conflict, violence and displacement (City of Greater Dandenong 2014b).

The City of Greater Dandenong acknowledges the difficulty of the journey of refugees and asylum seekers who are often fleeing from conflict, human rights violations and persecutions. Refugees come to seek safety and protection in order to rebuild their lives. For these reasons the City has beena Refugee Welcome Zone since 2002 and the Council actively promotes and advocates for the rights of the forcibly displaced people. The city council believes that refugees bring resilience, hope, motivation and skills to contribute substantially to the community social, civic and economic life.

In 2012/13, 2,240 recently-arrived migrants settled in Greater Dandenong, this is the highest number of settlers in any Victorian municipality. A third of these people were humanitarian immigrants from different countries such as: Afghanistan, Burma, Iran, Sri Lanka, Sudan, Pakistan and Thailand (Refugee Council of Australia, 2012).

As we mentioned before, the main goal of the project is to create a social Connection between Refugees and Local Community through sports, and to achieve this outcome our project objectives are focused to:

Arefugeeis defined as “ a person who is outside their home country because they have feared or suffered persecution on account of nationality, religion, race, political opinion, or because they are a member of a persecuted social category of persons or because they are escaping a war” (The Oxford English Dictionary 1989). Refugees of different nationalities arrive to Australia every year, bringing with them different expectations and goals that are often difficult to meet because of the social, cultural and language barriers that the new environment represents. These barriers of language, culture and communication are a great challenge not only for refugees but for local residents as well, these obstacles cause isolation, resentment, and a perception of social exclusion for the refugees to settle in the new communities.

With approximately 60% of residents born overseas from over150 different counties and 55% from non-English speaking backgrounds, the city Council of greater Dandenong recognises that this broad mix of nationalities enriches the diversity of the community and for these reasons they have created some Diversity planning committees to support this diversity and foster community relationships (City of Greater Dandenong 2014a).

However, refugees face numerous problems not only with language, but also in adaptation to the new culture and environment, accessibility to public services, discrimination, unemployment, affordable housing, family structures, acculturation, and many others inherent to the new settlement experience. Some researchers have found that immigrants with problems in adjustment and embracement of the new socio-cultural environment more often will develop a low self-esteem personality (Rogler, 1991). These difficulties have been reflected in numerous studies carried out by Australian institutions, and for this reason Local Governments have historically played an important role in assisting refugee settlement and promoting community harmony in Australia.

Different organizations in Australia are working to improve the life of refugees, within these organizations there is AMES and The Refugee Council of Australia.

AMES, is Australia’s largest provider of humanitarian settlement,education, training, and employment services for refugees and newly arriving migrants. The vision of AMES is: “Full Participation for all in a solid and diverse society.” To achieve this vision of full participation AMES is working with communities, Business, Government, and Social Enterprises providing jobs, training opportunities and spaces for groups to gather and share (AMES, 2014).

The Refugee Council of Australia (RCOA), is the national umbrella body for refugees and for the organisations and individuals who support them. RCOA has more than 180 organisational and 700 individual members and promotes the adoption of flexible, humane and practical policies towards refugees and asylum seekers both within Australia and internationally through conducting research, advocacy, policy analysis and community education.

The Refugee Welcome Zone is an initiative of the RCOA and currently involves 87 Councils around the country. A Refugee Welcome Zone is a Local Government Area which has made a commitment to welcoming refugees into the community, upholding their human rights, demonstrating compassion and enhancing cultural and religious diversity in the community. By these means, local Government Areas are encouraged in their continuing efforts to support the men, women and children who make the difficult journey to Australia to seek for protection; the city of greater Dandenong is one of the current refugee welcome zones. (Refugee Welcome Zones, 2013).